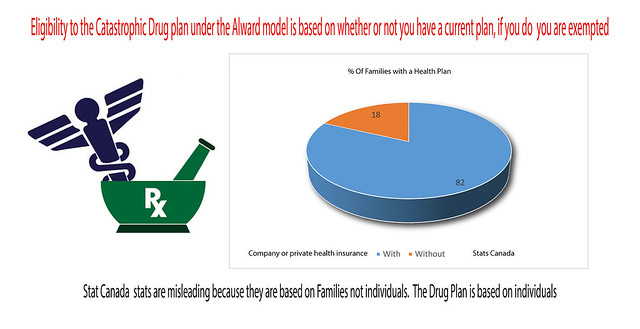 The plan was introduced by the Alward Government on December 10th, 2013. The intent was to make Catastrophic drugs affordable to all New Brunswickers. The Theory sounds good, however can the plan be implemented without creating additional financial hardship to low income workers or having low income workers compromise their dignity to the Department of Income Assistance.

Under the Alward formula, it can only hurt low income earners.  They are two phases to the program, The optional phase, which we are currently in and the Mandatory Phase which is to take effect on April 1st 2015.  It is the Mandatory phase that should be of concerned to the low income worker because those individuals will have to pay a monthly premium, whether they choose to or not.  The meat of the plan is outlined in the following document.

The problem with the plan as it currently stands is; who is going to be affected and how much each is going to pay, which is outline in the following document.  The statistics that Stats Canada Provides has concatenated individuals into family units which distorts reality,  the People who have been excluded from the stats are those who, are homeless, unemployed  or currently drawing income assistance, If you include those, then the Alward figures are way off for the low income worker and under, and the numbers are much  higher that what the stats gives us.

Brain Gallant has less than 6 months to re study the plan and develop a solution that will be workable for all. As it stands it is going to be the low income earners and under who are going to be carrying the brunt of the costs resulting in financial hardship, This matter has to be resolved before April 1st, 2015. 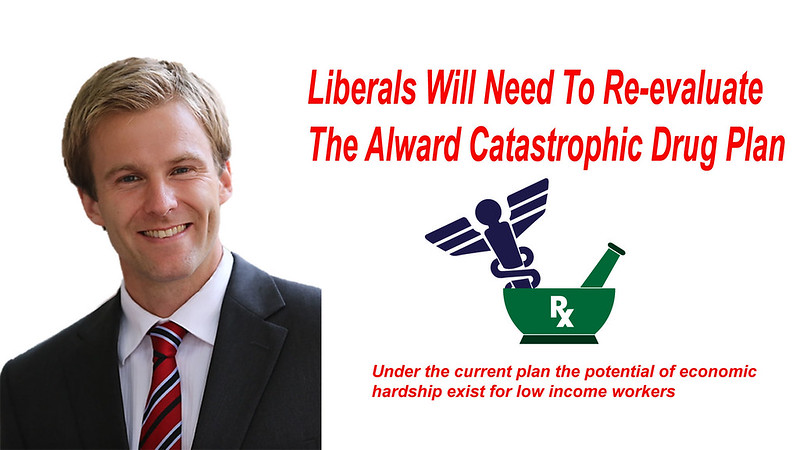 Another election has come and gone, hopefully it will not be a case where the roles remain the same but the faces change.

While it’s is a liberal victory, the liberals have inherited many problems and issues that the former conservative party was unable to successfully resolve. The immediate problem that the Liberals have to address is the catastrophic drug plan. The catastrophic drug plan concept in itself is a good solution that will help permanent resident of New Brunswick who are not on a current drug plan pay cost of some of the high-end drugs that are needed to treat their ailments. END_OF_DOCUMENT_TOKEN_TO_BE_REPLACED