What happens when the minimum is raised inflation goes up? As inflation goes up the bank of Canada increases the lending rate to control the rate of inflation. The consequence is that all the industries in the system raise their prices to offset the increase of wages and interest rates.

In essence, what we have is an endless loop which each time it cycles there is a loss of buying power.

How much one makes really isn’t a good measure of prosperity. A better measure is the buying power of wages earned. As buying power diminishes workers have to work more hours to pay for goods and services.

There was a time that a worker working for the minimum wage of 75 cents or less per hour had greater power buying power than today’s worker, who in New Brunswick makes 11.25 per hour. The loss of buying power effects every wage earner, the 20.00$ per hour wage earner wage doesn’t increase yet everything else increases so his/her wages gets closer to the minimum rate.

The result of the loss of buying power is that the supply and demand are also affected. Wage earners are buying less so the demand drops, and with a drop in demand, supply decreases as well. When supply decreases the frequency of layoff also increases resulting in less money to spend. This process will continue until the entire system fails.

Our economics is a system consisting of nodes, and whatever happens in one node affects all the other nodes of the system. An example nodes are the banking institution, industry, the wage earners, investors, the stock markets, human displacement technology and so on.

Our present system of economics is not sustainable and as a result, it will eventually collapse. To avoid the eventual collapse, we have to have the social and political will to change the system. In other words, we need to have the sociological imagination to resolve the wage issue as it relates to the consumer price index. The likelihood of such a change ever happening is possible, but highly improbable. The most likely reason why changes are highly unlikely is that they are too many stakeholders working for their own interest.

In summary, not including the price of fuel minimum wage contributes to inflation and a loss of buying power for the higher wage earners. While there are other factors which contribute to rising inflation such as willfully creating a shortage to boost prices the increase in the cost of production precipitated by increased wages is the dominant factor for the increase in inflation. Our system of economics is made of nodes, and each node can affect the whole system because whatever happens in one node cascades throughout the entire system. Lastly, each business is self-centered it only looks after its own interest and doesn’t acknowledge that it is part of a system.

The cycle of inflation is always greater than the cycle of deflation and if this process is allowed to continue the likelihood of catastrophic economic failure is possible. 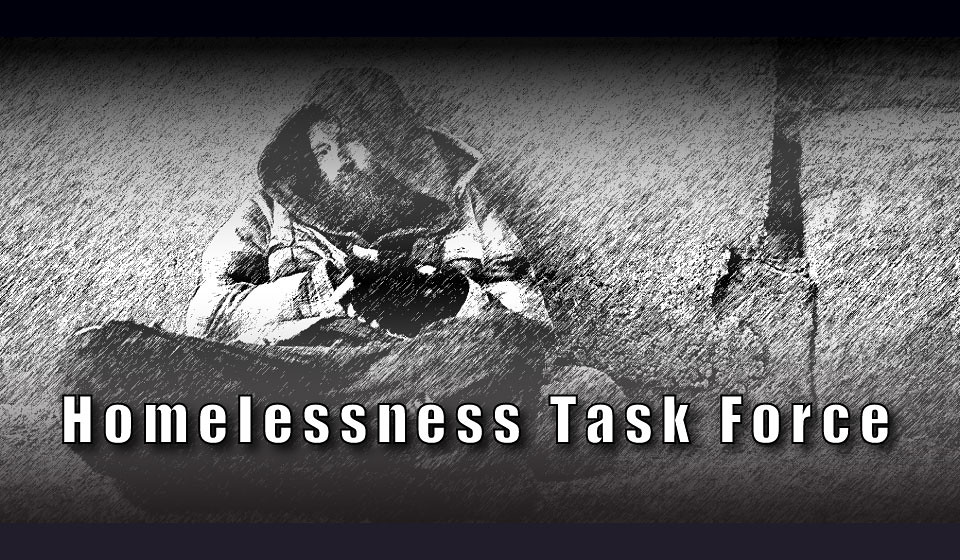 Homelessness, at any given time there can be up to 35,000 Canadians out on the streets either without a roof over their heads living on the streets or using a shelter for refuge. For some, they may not have access to the “soup kitchen” A term that originated during the great depression of the 30’s, which means that there are some who are going hungry as we feast on steak and foods from the major food groups.

Who are these desolate people? These people fall into several common categories, Those with mental or physical limitations, loss of employment without a safety net to catch them. Those with criminal records and records of non-conviction who have for all practical purposes has become unemployable, those with addictions, drug, alcohol, and gambling addictions. Lastly, those few who choose the homeless lifestyle over the “normal” lifestyle.

There are many Canadians, who have not encountered any major l catastrophic critical events in their life lack any empathy towards those who have fallen out of mainstream society. Instead of trying to understand the sociological complexities and solution to the causes of homelessness, tend to categorize the homeless into what Hindus refer as the “class of untouchables”.

Whether we accept or not Homelessness and it’s symbiotic partner poverty affects as all as a society we pay for one way or another. There is countless of studies that show the additional cost in health care and the to the justice and penal system.

Medicine Hat, Alta. has a great story. In a city of around 61,000, some 875 homeless people have received secure homes in supportive or subsidised housing between 2009 and 2015. Of those, 285 were children.

Providing homes to the homeless save money in the long term according to Benjamin Gillies consultant on urban planning and energy. In British Columbian, it is costing approximately 55,000$ per year for each homeless person in the province however by providing the homeless population housing that cost is reduced to 37,000 per year, thus saving the province 211 million per year. (Gilles, 2012)

The reason is best given in by an American Study which supports the cost saving aspect of providing housing, the report says as a result of providing housing for the homeless resulted in a significant decrease in healthcare cost he found that there was a 78% reduction in emergency room visits and 79% reduction in hospital stays. He also noted that there was a signification decrease in jail time (84%) and a corresponding decrease in arrest down by 78%. (Miles, 2015).

The reduction is largely due to a decrease in crimes related to homelessness, such as trespassing, loitering, public urination, begging and public consumption of alcohol. (Miles, 2015)

What these examples show is that are solutions to resolve the homeless issue.

On November 14, 2016, Fredericton Mayor Mike O’Brien announced the creation of a Task Force who’s mandate is to study the homeless population in Fredericton and come with recommendations on resolving the problem

Mike O’Brien has for many years been deeply involved in Homeless and poverty issues, and as Mayor is continuing his efforts to mitigate the living conditions for those at the extreme end of the poverty spectrum.

If the task force studies that have been done in other North American studies their recommendations will have to include the availability of housing for the homeless.

The following is an excerpt from the City of Fredericton website on the creation of the Task Force on Homelessness.

The second announcement of the night was the creation of the Mayor’s Task Force on Homelessness, a community- and City-driven initiative to identify actions within the City’s jurisdiction to help Fredericton end long-term, persistent homelessness and increase affordable housing options.

The Task Force will develop innovative, evidence-based recommendations to help meet goals set in The Road Home, a plan to end sustained homelessness in Fredericton developed by the Community Action Group on Homelessness.

“The plan is in action, but it needs more support from our caring community, and from the City,” said Mayor O’Brien. “Through the work of the task force, we will engage our community to break down barriers between governments and service providers, to advise how the City can develop new policies and designs to promote affordable housing, and to contribute financially, in a meaningful way, to this cause.”

The task force will be made up of architects, designers, builders, private, non-profit and public sector property developers, non-profit associations, apartment owners, and academics. It will have four months to develop recommendations for Council to approve and act on to help Fredericton become a more sustainable, diverse and affordable city.

In addition to Mayor O’Brien, who will co-chair the task force, the leadership team includes:

“Changing the way we respond to homelessness will require the collective effort of all levels of government, service providers, our faith-based community, private and non-profit sectors, along with the efforts of individual citizens,” said Mayor O’Brien. “There is a place for everyone in this bold vision, and we need everyone’s involvement to achieve it.” (Mayor Announces Location, 2016)

Time has changed, in the not too distant past public debate where the highlights of the election process. It was an opportunity to see your favorite candidates going toe to toe and duking it out, each party challenging each other’s platforms. Ah those were the days of intellectual bloodbaths.

Up until recent times the Fredericton Chamber of Commerce used to host public debates, now they host public forums for parties to describe their platforms instead of debating their platforms. The chamber wonders why there doesn’t seem to be much response from the public to attend these forums. Why should the public attend these forums when they can read each parties platforms in the newspapers? It does seem redundant to have a forum that repeats what is published in the media.

It’s a sad state of affairs is when leaders refuse to participate in public debate, whether the debate is hosted by media or other organizations in the community.
In this election they are many serious issues that will have long-term consequences in the province. It appears that except for the Alward government most of the other candidates would like to engage in the issues at hand in a debate.
Alward realizes that it would not be a strategic move for his government to engage in any debates on the issues, such as his government giving the forest to the Irving oligarchy and jeopardizing the health and safety of New Brunswickers to allow the extraction of shale gas. Alward has no rebuttals to counter the arguments from the other parties and independents.

The only thing that the Alward government has to bring to the table are fallacies and illusions. You can’t win debates with make-believe. The consequences of Alward engaging in debates is that the other debaters would slaughter him with facts, Alward’s fiction is no match for the facts.

Alward in his desperation to work on people’s emotions and memories makes references to former premier Shawn Graham attempt to sale NB power, however, Shawn Graham had the balls to inform the public of the deal prior to the election the public which lead to his demise. Alward on the other hand gave away the People’s forest to Irving with little compensation back to the province. An action which is more severe than Shawn Grahams plans to sell NB Hydro to Hydro Quebec, at least the province would have received a revenue from the sale, and In Alward Case the province received nothing from the Irvings.

The final chunk of data in the National Household Survey reveals the income distribution of Canadians, and with those numbers a picture of poverty can be painted in each city.

The NHS collected information on the poverty rate — or percentage of those living on an income below $20,000 — in each Canadian city, as well as raw numbers of those in that salary range.

Since StatsCan says its current NHS low-income estimates aren’t comparable to the findings of the old census — the long-form mandatory census was axed in 2006 — we can’t fully track how the Great Recession of 2008 affected poverty rates in Canada.
END_OF_DOCUMENT_TOKEN_TO_BE_REPLACED

A newly released report by the U.S. Census Bureau indicates that most Americans living below the bureaucratically designated “poverty line” enjoy most modern conveniences. For example more than 80 percent of U.S. households below the poverty line have a: refrigerator (97.8%); stove (96.6%); television (96.1%); microwave oven (93.1%); air conditioner (83.4%); VCR/DVD player (83.2%); and cell phone (80.9%). In addition, more than half of households beneath the poverty level also have a: clothes washer (68.7%); clothes dryer (65.3%); computer (58.2%); and landline telephone (54.9). Now, when we use these figures as a standard of comparison, most middle-class Americans families in, say, 1960, were living well below the poverty line. But this comparison obscures the important point that capitalism long ago solved the problem of poverty in a meaningful sense and in doing so radically transformed the very concept of poverty.