Note the Freudian slips through out the recording, This is an in behind the scenes of a video recording session with Harper. 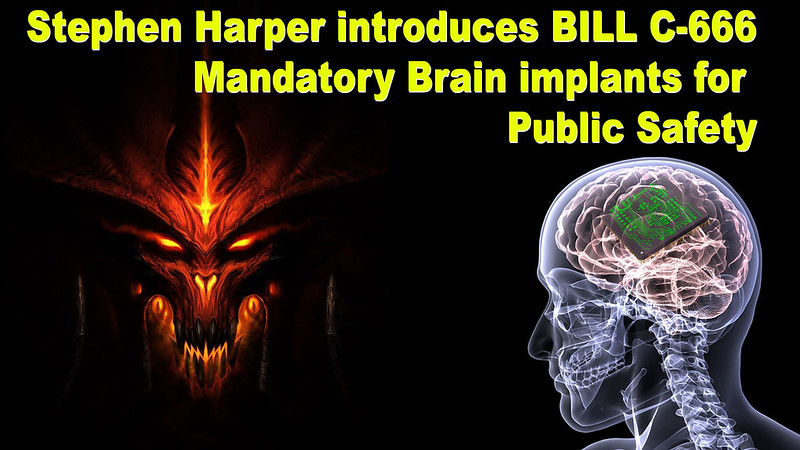 If implant technology was available to Harper,  you can be assured that this megalomaniac, narcissistic Stephen Harper would make it law that would require all Canadians to have brain implants, giving him, and the state, total control over Canadian consciousness.

Harper, like Lucifer is deceptive, manipulative and is as well as cunning, unlike previous Prime ministers, not including Mulroney. Harper does use the latest science in the manipulation of public opinion. From a strategic point, he seems to favour Manitoba and Alberta, the seat of his support, and if he can maintain control in both of those provinces, paired with voter split for the rest of Canada, then the likelihood of re-election is very much in his favour.

This Harper guy is so desperate to win another election he will use any means necessary to win the election which includes exploiting the primitive emotion called fear to work in his advantage. What it looks like is that he is trying to create a believable myth that Canadians are surrounded by terrorists just waiting commit atrocious crimes upon Canadians, indecently back in the 60’s they were called gorillas, but that adjective doesn’t have as much as an visual impact as the word terrorist.

The problem isn’t terrorism as much as that we live in society that glorifies violence, we just need to look the popularity of movies that depicts violence, and the Gangsta sub culture. Look at Justine Bourque, emulating the Rambo character when he successfully liquidated two RCMP officers.   Reality is that there are bad people out there and there is no legislation that can prevent those from doing the bad things that they do. It’s one of the risks that exists, that harm can come to use of which we have no control over. You don’t choose to be in a car accident. Shit Happens.

If old man Harper is successful in selling the big bad boogie terrorist myth to Canadians he will accomplish two things, one, get himself reelected, and secondly, force complacency on Canadians, so in lieu of mandatory brain implants all that Harper dude has to do (in the name of public safety as Bill C-51 suggests) is  change the rules that will muzzle and suppress Canadians for voicing and/or protesting their dissension against a counter Canadian issue by enacting laws that will create a chill effect which will in turn force Canadians to be compliant or accepting whatever Harper dishes out.

If Harper wins this next election god help us all, and our children and grandchildren will pay the price of his re – election.

May take a few extra seconds for the report load 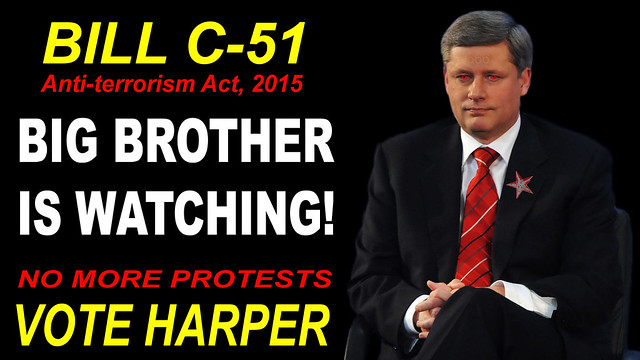 Are we entering a pre apocalyptic era? as we look around locally an internationally we see  social instabilities developing all around us, whether we are looking at Canada, or looking abroad, the pattern seems to be consistent no matter where we look, the world is not a happy place. Is this a foreshadow of things to come?

Through out the course of our human existence,  we have repeatedly seen advanced societies and empires collapse following a period of destabilization.

While we may not have any control over the social disintegration of our current civilization,  all is not loss, because we may be experiencing a Hegelian like dialectic process where changes lead to crises, and from the crises emerges a new improved society, until such time that the process repeats itself.

Whether or not one likes Stephen Harper, or his style of governance, one has to appreciate Harper. Unlike the  former American President Bush, Harper is brilliant. Harper does understand the mechanics behind the global instability and eventual collapse. Harper is an opportunist who is seizing this opportunity to exploit this naturally occurring  instability to generate fear among Canadians and from this fear Canadians will elect him for another four years of tyranny.