Social distancing rules will be in effect for “months,” and if Canadians flaunt them, governments will take “more and more stringent measures” to limit the spread of COVID-19, Federal Health Minister Patty Hajdu warned Saturday.

“It does actually put our civil liberties at jeopardy,” Hajdu said.

“It makes governments have to look at more and more stringent measures to actually contain people in their own homes. So actually, our freedoms around the measures that we’re taking right now depend on people taking them seriously. Because politicians and governments will be pushed to take more and more stringent measures when people violate them and don’t take them more seriously.

It was a theme also mentioned by Prime Minister Justin Trudeau, and Premier Blaine Higgs, during separate COVID-19 briefings on Saturday.

“We must continue to follow the recommendations from our public health agencies and limit to a maximum the travel we do,” Trudeau said.

“Perhaps you’ll miss not going to the restaurant with your family and not going to the movie theatres with your friends, but to protect yourself, we must all make adjustments. And we must look after each other as well. That’s crucial, because it’s together that we’ll get through this very tough period.”

Higgs said “we know that the [COVID-19] numbers will continue to rise.”

“We have put measures in place here in New Brunswick to try to slow down the rising number of cases. With our province under a state of emergency, I am imploring people to continue to take this situation seriously.”

Higgs also said some New Brunswickers have been calling 911 to report others who aren’t follow the rules. A special phone line for people to report “concerns” about what other people are doing will be up and running some time on Sunday, he added.

Of the six new cases, four involved people who’d recently been on cruises.

• A man in his 40s from southern New Brunswick who was recently on a cruise;

• A woman in her 50s from central New Brunswick who’s been in direct contact with a COVID-19 patient;

• A woman in her 40s from southern New Brunswick who’d been on a cruise;

• A man in his 60s from southern New Brunswick who’d been on a cruise;

• A woman in her 50s from southern New Brunswick who’d been on a cruise, and;

• A woman in her 20s from southern New Brunswick who’s been in close contact to a travel related-presumptive case.

No information about whether they were travelling together, or how they returned to Canada, was provided.

Saint John Mayor Don Darling posted a message on Twitter referencing how five of the six new cases are from southern New Brunswick, but that doesn’t mean they’re necessarily from the Port City. COVID-19 cases are being reported by “zones,” with Saint John part of zone two, which extends from Sussex to Saint John to Stephen.

“I’m still seeing large crowds of people in grocery stores and we MUST do better. Keep your distance please!” Darling wrote.

But New Brunswick’s Right to Information and Privacy Act contains a clause about the “mandatory disclosure” of information if there’s “risk of significant harm.”

“The head of a public body shall, without delay, disclose to the public, to an affected group of people or to an applicant, information about a risk of significant harm to the environment or to the health or safety of the public or a group of people, the disclosure of which is clearly in the public interest,” the act reads. 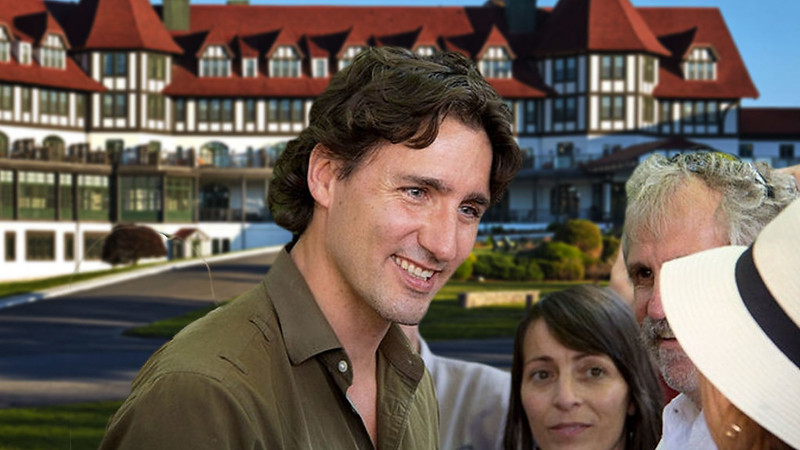 The Prime Minister, Justin Trudeau, issued the following statement today to highlight some of the accomplishments made by the Government of Canada since January 2017:

“Last year, we raised taxes on the wealthiest one per cent so we could cut taxes for the middle class. We put more money in the pockets of nine out of ten families through the Canada Child Benefit, and strengthened the Canada Pension Plan so more Canadians can achieve a strong, secure, and stable retirement. In 2017, we have built on these accomplishments, and taken further steps to create good, middle class jobs while growing the economy over the long term.

“In February, I welcomed the European Parliament’s approval of the Comprehensive Economic and Trade Agreement (CETA) between Canada and the European Union. CETA is a gold-standard agreement that will give consumers more choice, make it easier and less costly for businesses to compete, and create good, middle class jobs on both sides of the Atlantic.

“In March, Minister Morneau tabled one of the most forward-looking budgets in Canada’s history. With its strong focus on innovation and skills, Budget 2017 prepares Canadians for the changing economy and secures Canada’s place as a hub of innovation.

“Budget 2017 makes significant investments in public transit systems, which will result in shorter commute times, less air pollution, and more efficient, better integrated transit. It also invests $11.2 billion in affordable housing to make sure all families have access to a safe and affordable place to live. Budget 2017 is the first federal budget ever to include a gender-based statement, which looks at the ways our policies and investments affect women and men differently.

“In April, we introduced a bill to legalize, strictly regulate, and restrict access to cannabis no later than July 2018. Our legislation will, for the first time, make it a specific criminal offence to sell cannabis to a minor and create significant penalties for those who engage young Canadians in cannabis-related offences.

“In May, we unveiled tax relief measures for deployed Canadian Armed Forces personnel and police officers. We also introduced Bill C-48, the Oil Tanker Moratorium Act, and kept our promise to put a moratorium on crude oil tanker shipping on British Columbia’s north coast. At the end of the month, we announced that Canada will host the 2018 G7 Summit in Charlevoix, Quebec.

“On June 6, Minister Freeland outlined a new foreign policy for Canada, and underscored our commitment to a rules-based international order, progressive trade policies, gender equality, and fighting climate change. The next day, Minister Sajjan unveiled Canada’s new defence policy, which establishes a credible, realistic, and funded strategy for our military and, most importantly, will deliver the standard of service and care our women and men in uniform deserve.

“This month, we announced that we will introduce legislation to make it possible to erase the convictions for Canadians who were found guilty of consensual sexual activity with a same sex partner under historical, unjust laws. Three important pieces of government legislation passed Parliament: Bill C-4, which restores a fair and balanced approach to labour relations; Bill C-6, which ends second-class citizenship and makes it easier for hardworking immigrants to become citizens; and Bill C-16, which ensures the full protection of transgender people across Canada.

“We have made real progress in helping the middle class and those working hard to join it. Since December 2015, Canada’s unemployment rate has dropped from 7.1 per cent to 6.6 per cent. In the last year, the Canadian economy has created over 300,000 new jobs. We still have plenty of work to do, but as we get ready to celebrate the 150th anniversary of Confederation, I am confident that Canada’s best days lie ahead.” 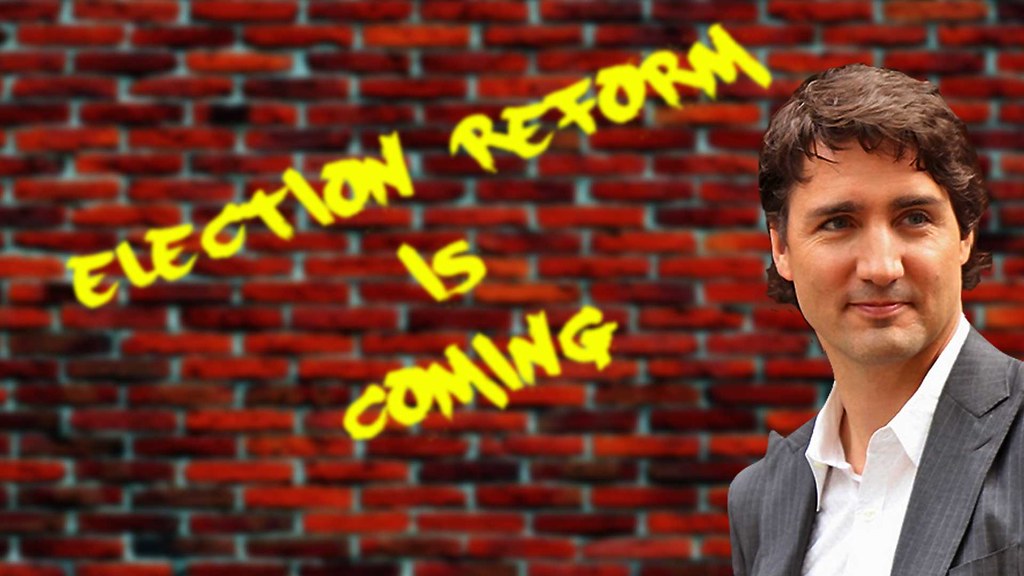 Election reform is not as simple as do we want proportional representation or keep the current system first – pass the post.

The recent on-line questionnaire that was recently made available  appears to attempt to get a sense on how Canadian’s feel and expect from the reforms.  What the questionnaire actually does is show how difficult it is going to be to get consensus.

There are many things in the questionnaire that isn’t clear, some of the terminology that is used can be interpretative many ways by different people.  Government should not depend on this questionnaire to make a decision about implementing any election reforms.  Instead the results of the questionnaire should be used as a starting point to work towards a realistic workable voting system.

Below is a copy of the questionnaire, once your read it you quickly understand the complexities that are designing an democratic electoral system that is superior to the current system.

The Prime Minister, Justin Trudeau, today announced that His Excellency the Right Honourable David Johnston, Governor General of Canada, will travel to the Middle East – visiting Jordan, Israel and the West Bank – from October 29 to November 6, 2016.

The visit will focus on security, refugee resettlement, and development issues – as well as promoting stronger innovation and education ties with the region.

In Jordan, the Governor General will visit a refugee camp and the Queen Rania Teacher Academy.

In Israel, he and Mrs. Johnston will visit Technion University to discuss student diversity. The Governor General will receive an honorary doctorate for his contribution to the Canada-Israel innovation relationship. His Excellency will also participate in a panel discussion on sustainability and environmental innovation at Bethlehem University, in the West Bank.

“Canada is committed to deeper engagement in the Middle East. Canada’s policy in the region reflects what Canada is all about: defending our interests alongside our allies, working constructively with partners to build long-term peace and stability, and working to alleviate the suffering of those forced to flee their homes – including through resettlement.”

A two-state solution to the Israeli-Palestinian conflict remains the only viable option to a comprehensive, just and lasting peace 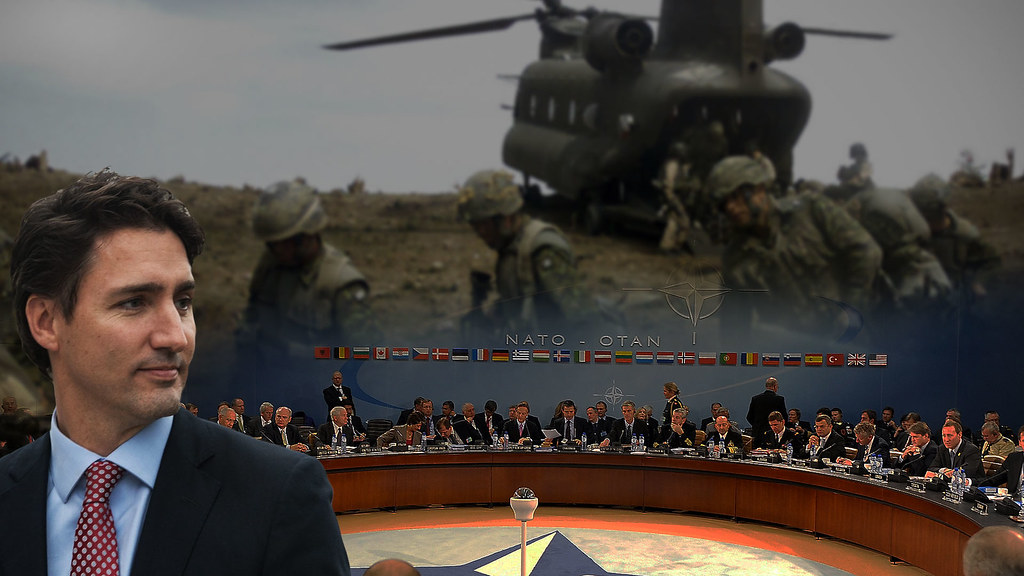 Warsaw – Canada is a leading member of NATO that has always deployed our troops and equipment when and where they are needed most. The Government of Canada is committed to taking concrete action so that Canadians – and people around the world – can feel safe and secure in their communities.

Today, the Prime Minister, Justin Trudeau, announced Canada’s largest sustained military presence in Europe in more than a decade. Canada will lead a robust multinational NATO battlegroup in Latvia, becoming one of four Framework Nations, as part of the Alliance’s enhanced Forward Presence in Eastern Europe.

Additionally,  the Canadian Armed Forces (CAF) will deploy a frigate that will undertake operational tasks with NATO’s maritime forces in the region. Canada will also deploy an Air Task Force – which will include up to six CF-18 fighter aircraft – to conduct periodic surveillance and air policing activities in Europe.

The land, maritime and air initiatives announced today form Canada’s renewed mandate under Operation REASSURANCE and demonstrate Canada’s unwavering commitment to NATO, to the protection of Alliance territories, and to the ultimate goal of protecting the safety and security of our citizens.

“Canada is a playing a strong and constructive role in the world. We are ready to respond to support NATO with some of the most effective soldiers, sailors, and airmen and airwomen in the world. We will continue to work closely with our Allies and partners to create a safer and more prosperous world for everyone.”