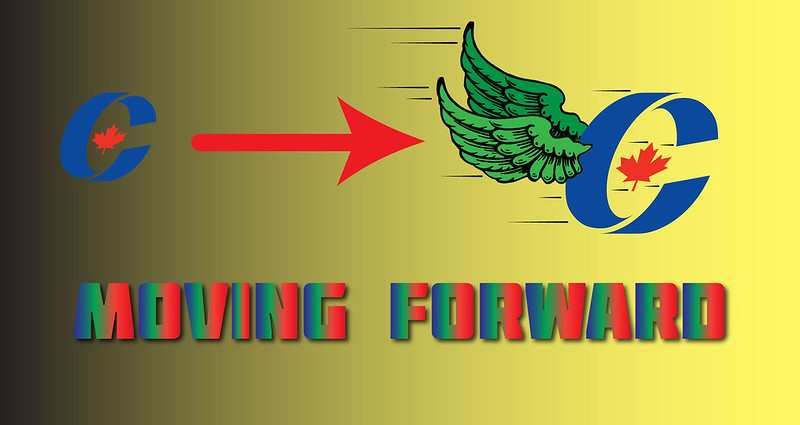 October 19, 2015 ended the Harper era. How will history reflect on his autocratic reign over his party and over Canada only time will tell. Harper is well known through the political spectrum both nationally and internationally as a man who ruled with an Iron hand, things had to be “his way or the highway” offering no comprises to his opponents on any issues that was counter to the Harper way.

Stephen Harper consistently used giant omnibus bills, some were over 800 pages in length, the sub bills that were never debated, were in most cases very different bills then title of the main bill. Bill C-38 Jobs, Growth and Long-term Prosperity Act, which completely gutted Canada’s environmental laws, cut $36-billion from health care funding, weakened Canada’s food inspectors through job cuts, and made it harder to qualify for EI benefits an addition the bill included a provision that essentially cleared the R.C.M.P for their part in the gun-registry.

For the conservatives, Harpers tyranny is over, and it is time to turn a new page. It appears that Harper attempted to reform Canada, and the way that Canadians think, even though he was never given that mandate.

The Conservative party has a chance to start a new, and re defining its mission statement to coincide with Canadian values. If the party does not change its political philosophy and maintains the status quo that Harper has created, the party in the next election my find it’s self like the dodo bird, extinct.

Stephen Harper did the honourable thing and accepted total responsibility for his failure and his party’s failure of re-election. “The disappointment you also feel is my responsibility and mine alone.”

What caused this unprecedented change of government? The Liberals were in third place to move be the ones to gain more than enough seats to form the majority.

What seemed to have caused the demise of the Harper and his party was the way he did things, His Omnibus bills, him proroguing parliament on numerous occasions. His compulsive obsession to be in control to the point were in muzzled his own party members and essentially gave them a script to present to the public. His lack of response to missing and murdered women, his environmental policies. The Unemployment Insurance reforms that essentially disqualified the seasonal worker for collecting benefits after they paid into the unemployment fund, just to name a few.
Canadians understood effects of voter split, in the 2011 election Stephen Harper had only 40% of the popular vote yet had surpassed the required seats for his party to form a majority.   As a counter measure to split voting, Canadians voted strategically voting for the candidate who was not a conservative and who had the best chance of defeating a conservative candidate. 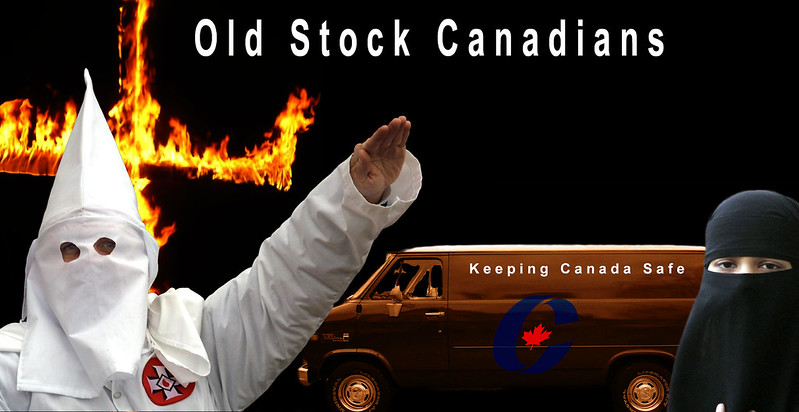 You know it amazes me how I am yet to hear from ANY Harper Conservative supporters who are visible minorities and/or immigrants on social media (Chinese-Canadians, Indo-Canadians, Pakistani-Canadians, Tamil-Canadians, Iranian-Canadians, Arab-Canadians, Jamaican-Canadians, Trini-Canadians, ect,) who make up over 7 MILLION Canadian citizens and who are concentrated in highly dense, urban, strategically important federal electoral districts in the Greater Toronto Area, Greater Vancouver area and other urban centres.

The ONLY Harper Conservative supporters I ever see in social media or in person at rallies are those who HATE immigrants, refugees, bilingualism, multiculturalism, Muslims and Quebec are highly assimilated, unilingual, unhyphanated, Canadian born and bred WHITE people, who are the grassroots voting base of the Harper Conservatives.
You cannot begin to imagine the degree to which Harper’s anti-immigrant, racist, xenephobic and Islamophobic comments have enraged MILLIONS of visible minority and immigrant Canadians who will vote en mass to topple Harper on Monday.

You evidentially know very few immigrants, visible minorities, renters, users of public transit, city dwellers or youth. You clearly know very little about immigrant identity politics or ethnocultural group think abc how it informs voting here in Canada. This is why Harper Conservatives don’t “get it” as you are both the ideological and literal face of the old and slowly dying Canada.

Even in multiracial, multiethnic, multifaith, multilingual, multicultural, diverse, cosmopolitan Toronto which is over 55% visible minority and 60% foreign born immigrants, ALL Conservative Party of Canada rallies here are mostly a sea of OLD WHITE FACES.

In fact, poll after polls has shown that the vast majority of visible minorities vote Liberal or NDP, whereas most Conservative voters are White Canadians. This does not bode well for the Conservative Party of Canada down the road as Statistics Canada has already projected that Canada will be MAJORITY non-White by the year 2050 as will Ontario and British Columbia by the year 2031. Toronto and Vancouver and their suburbs have been both since 2012.

Thankfully this country and the outcome of its elections no longer belongs solely to a bunch of White racists such as yourself who’s murderous White European ancestors stole from the Aboriginals.

Conservative PM Brian Mulroney an Irish-Quebecois said way back in June 1984 to a cheering crowd that his party now stood for multiculturalism and would not allow itself to be called “the Party of White Anglo-Saxon Protestants”. Multicultural diversity — he said — was an absolutely obligatory part of Canada’s national identity and to reject it … was to reject Canada.

He then outlined future changes his party intended to implement in the hiring policies of the federal government, services in non-official languages, more funds for the preservation and advancement of NON-European cultures and greater efforts to “stamp out racism wherever it rears its ugly head.”

Yes, this was a Conservative Canadian Prime Minister when we used to have decent Red Tories. The Harper Reformatories are the revenge of the angry WASP, but it is too late and the demographic point of no return was passed back in the 1990’s. Your Conservative WASP Canada is long dead.

The “White Canada” policy laid down in the Immigration Act of 1910, and extended in the Immigration Act of 1952 … ended in the Immigration Regulations of 1967, when a non-racial set of admission criteria was adopted. It was bravely ended by Pierre Elliot Trudeau who not only thankfully smashed WASP hegemony in this country but also brought in official bilingualism and multiculturalism as well as special status for Quebec. Yet so many of you WASP Conservatives are still whining and bitching about it nearly 50 YEARS later! You god damed arrogant WASP Conservatives think you are the ONLY “true” Canadian are the ONLY group of Canadians who do not identify as hyphenated Canadian, despite your ancestors stole this country from the Aboriginals, the ONLY “true” Canadians. The arrogance, pomposity supremacy of CONSERVATIVE WASPS is truly astounding.

John Clarke with his Anglo Saxon chauvinism, born again Evangelical Christian Fundamentalism and Loyalist Orange Order as well as his Reaganomics, Zionist worshipping and frugal, dour, mean minded, insipid Cromwellian/Calvinist puritanical Protestantism bullshit is the archetype of what most of us White Latin Italian-Canadians, Portuguese-Canadians, Spanish-Canadians and Greek-Canadians HATE with a passion. Clarke, Harper, Manning, Day and Kenny are all cut from the same perma grin WASP cloth. 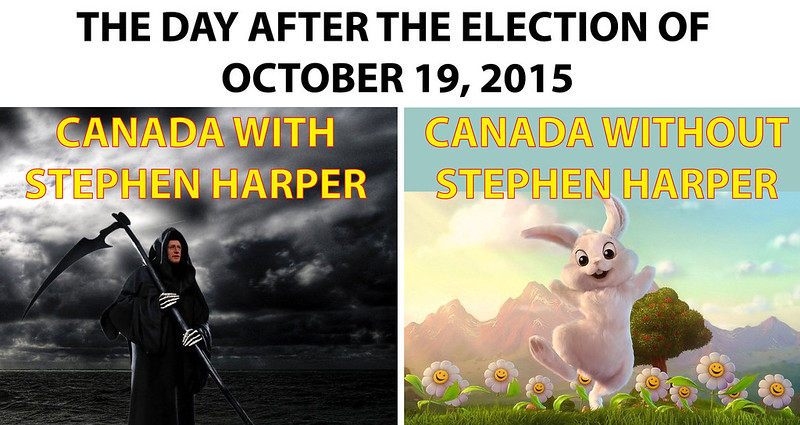 The motive behind Strategic voting is to vote out the Harper regime.  In previous elections Harper depended on split voting.  During the last election the Conservative received 40% of the votes, the remainder was split between the other parties. The danger of this once again occurring is great.

According to posts on social media there are those who have lumped all the parties together saying they are all the same, nothing could be further from the truth.  Harper stands alone, during his reign he has consistently demonstrated that he is an autocratic, authoritative totalitarian leader. Some say that he is a decisive leader, but so where Idi Amin, Stalin, Hitler, Genghis Khan, Vlad III the Impaler.  All were Machiavellians.

Once we get this deceiving conniving Harper out, focus can be made on changing the First Past the Post to a variant of proportional voting, where tyrants as the likes of Harper can never again assume power.

At the end of the day, do we vote for our preferred party and take the chance that Harper will once again win on split votes, or to we vote strategically and lower the odds for a Harper re election.  The decision is yours.